The Disastrous Healthcare Plans of Sanders and Warren

The ideas for healthcare reform of the statist and left-wing politicians in the USA are so disastrous and so foolhardy, that they should be severely and frequently criticized. In particular, the healthcare plans of Bernie Sanders and Elizabeth Warren reflect quite well what a lot of economically and politically uneducated progressives in the USA think should be done about healthcare. They want change the current system in order to lower the costs of healthcare and provide "free" or almost "free" healthcare. It is true that the healthcare system in the US must be dramatically transformed and that its costs to end-users (patients) should go down significantly, but not at all in the interventionist way these people think. The way to go, as usual, is to expand the free market.

The SAS Commercial : An Outrageous Definition of Scandinavian Culture 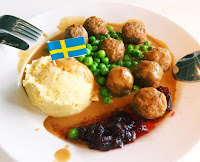 Recently, a controversial commercial from SAS, the Scandinavian airline company, was published on social media. It attempts to portray Scandinavian culture as basically non-existing. The message is that because all typical Scandinavian cultural traits and imagery can supposedly be traced to external sources, Scandinavia has "nothing", as the commercial repeats, in many languages. SAS obviously is trying to be politically correct in these globalist times, in which the Nation is looked down upon. At the same time it wants to encourage Scandinavians to use SAS to fly to faraway lands to bring back more valuable things (such as meatballs?), so these too may in the future be transformed and become part of what represents Scandinavia.

Review of “Sapiens : A Brief History of Mankind”

Though the book “Sapiens”, by Yuval Noah Harari, came out a few years ago, it became such a bestseller that it could be worth reviewing it briefly.

First of all, it must be mentioned that "Sapiens" is a popular book, and therefore necessarily simplifies and omits. Such a book cannot therefore go into details and explanations that academic books could. Many people tend to forget this fact just because the author is an academic. This shall not therefore be the gist of the critique of this work.

The author set himself out to tell the whole story of the human race in a single book, however thick. 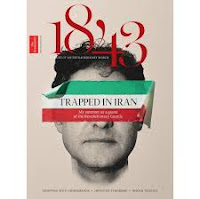 What Macron Can Learn From Putin

In France, the strike over a pension reform project is over, but it had gone on far too long. Millions of people have been affected by the refusal to work of a few thousand civil servants, but Macron remained invisible and silent for several weeks in December 2019. This public transport strike was the longest since 1986. Many French people were struggling to get from their home to their workplace, but Macron did not really address the subject until his year-end wishes – a strange occasion for such a topic - more than three weeks after the start of the strike.