Covid-19: Will the Political and Health Scandals Erupt into the Public Light?

The recent revelations surrounding the Covid-19 pandemic in the West are so shocking that first it is necessary to first summarize them. Secondly, it is important to try to understand why these political and health scandals are unlikely to have the political consequences hoped for by those who wish to see truth and justice triumph.
Read more »
Posted by Finn Andreen No comments:

Why Libertarians Should Support the Multipolar World

The current international tensions have intensified a debate that has existed for at least a decade, between two radically different views of the world and of international relations: the unipolar world and the multipolar world. When libertarians disagree on foreign policy, that difference of world view is often the underlying cause. The purpose of this article is to show that the concept of the unipolar world is contrary to the principles of libertarianism and that the multipolar world is an important step in the direction of liberty internationally.
Read more »
Posted by Finn Andreen No comments:

Clausewitz, the UN Charter, and the Libertarian View on War

The ongoing war in Ukraine has given many Western analysts a reality check. Indeed, the realism of Carl von Clausewitz’s classic “On War” has come back in force. The Prussian military theorist famously wrote that : “War is nothing but a continuation of politics with the admixture of other means”. Though this observation may seem strange or even shocking to modern Western ears, it is the role war has mostly had throughout history.

Clausewitz served in the Russian army during the Napoleonic war of 1812 and his influence in Russia is felt to this day. Indeed, Russia’s approach to the war in Ukraine has the imprint of Clausewitz in the sense that it sees military action as a political instrument, along with other such instruments, such as diplomatic and economic ones.

The Inflation Reduction Act : Another Unfair and Unjustified State Intervention

Taking advantage of their current majorities in Congress which likely won’t last beyond the midterms, and after 18 months of marathon negotiations, the Democrats finally passed yet another plan to artificially and unfairly dope the U.S. economy. The $430 billion plan was signed into law by President Joe Biden soon after.
Read more »
Posted by Finn Andreen No comments:

Antiwar Criticism and the Formation of Collective Opinion

There are themes in the West that are difficult to question without running the risk of receiving sharp criticism. For the following themes, for example, there is a position considered "correct" by Western collective opinion: "Welfare State", "climate policy", "multicultural society", or "Covid-19 vaccination". It is implied that the “acceptable” position to each one of these themes can and should be adopted without any prior critical analysis at the individual level.
Read more »
Posted by Finn Andreen No comments:

Finland and Sweden in NATO: Disregarding the Benefits of Neutrality

Finland's and Sweden’s recent decisions to apply for NATO membership is a major win for the military alliance, but a far more dubious one for these two countries. NATO badly needs a success at this moment, since neither the economic war on Russia nor the conflict in Ukraine seem to be going the West’s way. Whether officially adding two more Nordic countries would have a real military advantage for NATO remains to be seen, but at least it would be a clear Public Relations win.
Read more »
Posted by Finn Andreen No comments:

Why the Sanctions Against Russia Must Be Opposed 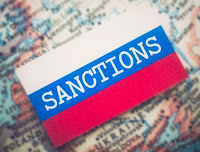 The Western sanctions against Russia seem to shock very few Westerns. Yet, for several reasons, these sanctions should at least be the subject of lively debate in Western societies.

Firstly, these sanctions are illegal from the standpoint of international law (only the Security Council can approve economic sanctions, according to Article 41 of the Charter of the United Nations). They could legitimately be considered an act of war by Russia, with all the terrifying consequences that such an interpretation could have. Thus, regardless whether Russia’s invasion of Ukraine is considered a violation of international law, such an economic war waged by the West in Russia cannot be justified on the part of nations that do not have defense agreements with Ukraine and which are not at war with Russia. Two wrongs don't make a right.

The Health Crisis Exposes the Nature of Political Power

During the pandemic, governments have gained in power at the expense of society. The many laws voted and decrees announced have severely limited individual freedoms in many countries, despite the fact that from the beginning many doubts existed regarding the effectiveness, the relevance and the legitimacy of these draconian measures used to fight the pandemic. The successive lockdowns, the obligation of wearing masks outdoors, the closing of schools and colleges, are just a few glaring examples.

The Case of Joe Rogan: Vaccine Policy and Freedom of Speech

Joe Rogan, one of the largest podcast hosts in the United States (10.6 million YouTube subscribers), expressed the following opinion about the vaccination of young adults:

“If you are 21 and ask me if you should get the vaccine, I would say 'no'. If you are a healthy person and exercise all the time, and are young and eat well, I don't think you have to worry about this."

What if the Market for Vaccines Were Free?

What are the benefits of a free market for vaccines? While such a market is unrealistic in the current political environment, it is important to understand how the free market could improve the development, production, sale and distribution of vaccines.

The libertarian cannot describe accurately the particular consequences in the long term of a market liberalization. The nature of the free market - its plurality, its decentralization - makes it difficult to make that kind of prediction. However, it is possible to make more general observations concerning a particular market, based on the principles of Austrian School of Economics.

Why We Must Oppose a Covid Health Pass 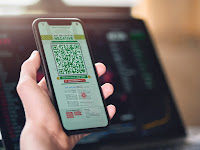 The rumors surrounding the introduction of a Covid-19 health pass are getting more or more concrete. There are signs that it likely will happen; France and UK are already considering it.

Though the details are still sketchy, it would be a kind of laissez-passer, which would allow only those in possession of it to visit places like cafes, restaurants, museums, exhibitions, etc. In order words, anyone without such a pass would still be denied access to all those establishments that were closed during the numerous lockdowns.
Read more »
Posted by Finn Andreen No comments:

The Education of the Modern Socialist

Libertarians often wonder why socialism continues to be so popular, even though it has proved to be such a failure as a political ideology and as an economic system. Though a public education system and a biased mainstream media are key reasons for this, the stubborn resiliency of socialism is also somewhat fictitious since socialism has evolved: the socialist of yesteryear is not the socialist of today. This distinction is important to remember when setting the themes for a libertarian education.
Read more »
Posted by Finn Andreen 1 comment: